I Apologize In Advance For This List Of Pranks

This huge list of pranks was sent in by visitors to this site. What are your best pranks to play on people? Let us know, at the bottom of this list.

Tape a piece of sticky-tape to a door about head height. Now turn the lights off and wait for your victim to walk in and get the tape stuck to their face.

You play hide and seek in the dark, put on a mask from Halloween and be the seeker. As you find them, SCARE them!

Put bubble-wrap under a seat of a toilet and wait for the victim to sit down. ..Also works under chair legs, if it's not heavy. 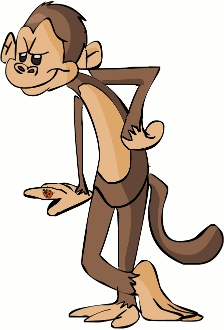 Best Prank Ever: by Ben Dover

Capture a raccoon and throw it into someones room. The person will walk into their room and die.

Put on some scary music from your iPod with headphones in and put the head phones in the victims ears. Then wait for a reaction.

When your friends are sleeping, take along an accomplice and put lotion on a friend's face (or other stuff like baby powder, lipstick or other harmless substances.) Take a picture of it and post in on Facebook.

Put a fart-cushion under on someones seat. Tell them to sit down and your mum will think that they have gave wind!!

Sleep over at someones house and put makeup all over someones face and nails while they sleep!

At camp go to the parking lot and try every car door until one is unlocked. A counselors car if possible. BE sure NOT to try nice cars or ones with alarm/ security. Avoid ALL cars that may be suspicious to you so that you don't sound off an alarm. Have a whole black garbage bag FULL of confetti and dump it in the back seat of the car. Then put the garbage bag on the passenger seat. Soooooooo funny!

Put a basketball on top of a door then when someone goes to go inside, the ball should hit them on the face.

Best Prank Ever: by Anonymous

Put a bucket of water on a door and wait for it to land perfectly on your victims head, when they walk past.

On a piece of paper, write 'kick my butt' and put some tape on the top. In some sneaky way, put it on someones back and they will get a kick in the butt from someone.

Okay, you need: a small piece of paper and a pen or pencil. Then on the paper write "where"( without this " ). Next show the paper to someone and tell them to say what is written on the paper (they will say, "Where" but you keep on say there and pointing on the paper)

Put your brother's clean psir of underwear in the freezer and put ice cream in them and put it back in his drawer so he can wear it.

Replace your victims pillow that's in their pillow case with water balloons, when they put their head down zzzplash!!

Take all of the alarm clocks and hide them in your enemies room when they fall asleep. Then wait for about an hour and the alarm will go off!

If you have a packet of straws in a cupboard open them and face them down and then shut the cupboard and keep on doing it until they get really really angry.

U get a silver balloon and use long see through fishing line, let the balloon float up past a window and shine a light on it, play spooky music. A perfect UFO!! Also u can decorate the balloon according.

UNPLUG the telephone plug so when you parents go to call somebody they freak out for no dial....

When you're bored tell your mom you wanna go out, if she says yes grab the keys and hide them that way she freaks out for no keys......

Styrofoam cup and lid with straw. Poke hole in center of cup on the bottom of cup. Stick the straw in the hole.put oil around the hole. Get their favorite drink and put it in the cup.and give too them. They will lift the straw up then their drink will leak out of the hole.laugh out loud

"Mouse" In The Cabinet: by Taylor, Florida

Type in on someones computer www.upmybutt.com so when someone else sees it they say, "What the heck is up my butt?"

Find bugs that jump or crawl such as spiders or crickets. Wrap them up with a card saying " From your admirer" and leave it at their front door or give it to their parents to hand it to them. When they open it, BIG SUPRISE !

Me and My friends like to lock our friends out of the house so we get them used to it and then the next time they come over you butter up the floor by a doorway; making them think they got in by running and sliding across the floor and may fall causing earthquake; *I WILL NOT TAKE RESPONSIBILITY FOR ANY INJURIES*

Try to keep someone up really late, then while they pass out go to there room and take all their things out and hide it somewhere in the house then when they go there all their stuff is gone.

The Awesomest Prank Ever: by Anonymous

Put a fat stick in the bathtub and say someone pooped!

Tell your little sister that aliens are invading your city. When she is by a window inside, shine a flashlight through it. Then print pictures of realistic aliens and put them on her bed before bedtime and label them "Secret Government Extraterrestrial Files". Of course, she will look at them.

Potato Bullet (..or any vegetable): by Nye, Breacon

If someone is really annoying you, go to the market and buy a sack of potatoes and put it in the exhaust-pipe of their car and write a letter from their wife saying that it was them. ..this will wreck their car..... and their ego!

When nobody's looking, empty somebodie's pop and refill it with super salty water.

Remove the endcap to someones curtain rod, put some dead fish inside, then replace the endcap. It will start to stink and they will go nuts looking for it.

For a good laxative effect, use senna leaves. Remember to leave an empty tube where the toilet paper goes so that when they go to wipe there is no toilet paper. Senna can be used as a tea, you may want to mix them with other tea ingredients like chamomile, mint, rose hips, anything that will help mask the taste. Senna is a widely available and relatively inexpensive plant which is actually approved for use by the FDA. Also it is not as suspect as other laxatives like chocolate laxative. It is also safer and will not get you jail time like putting a chemical in someones food or drink (like the eyedrops for diarrhea urban myth- *Never Put eyedrops In someones Drink!! This Can Hospitalize Someone Because It Poisons Them and you can go to Prison for that*) Just use the senna plant and stay out of jail.

Use glass etching fluid or cream on somebody's home windows, business windows windshield or car windows. Don't get caught, this is vandalism. If the glass etching fluid comes in a plastic container, perhaps using it in a squirt gun could be an option for quickie application, although you may want to be on a bicycle or something without identifying plates.

What a DOG: by Katelyn, Springfield

Buy a shock-collar and put it in victims purse. Set it up so that they can have just made it to the car then they get shocked!

How Embarrassing: by Anonymous

Pour a little bit of water in your friends sleeping bag just below the hip and then wait for them to roll around in wet. In the morning wait for him or her to be embarrassed a lot.

Get 'em Wet: by Daniella, Kansas

So all you have to do is... 1. Go to the sink in a kitchen or bathroom, 2. Put a rubber band around the sprayer to wash dishes, 3. Point it at a place where you know someone will stand and when they turn on their sink, they'll get soaked! Ive tried it on my mom on April fools day and it was hilarious!

There's Fruit Punch On The Rug!: by Hellur, Houston

Add two or three drops of red food coloring to some glue. Keep adding until you got the color of fruit punch. Make sure you do this in a disposable cup. Stir this with a disposable spoon. Lay the "fruit punch" on its side and dry on top of wax paper. Now place this fruit punch on the rug or other places! (Do not place on any computer surfaces.)

Can't Get Out: by McKenzie, Oregon

First when someone's asleep you take plastic wrap and you tape it all over the doorway and don't forget to put butter or syrup on the wrap.

Buy some Oreos and take out the white filling. Replace it with white toothpaste and feed them to your friends. CAUTION: Only make 4 or 5 because people might notice.

When it's semi-dark, wrap plastic wrap from one tree to another then cover it in Vaseline. Now yell, "Hey Come Over Here!" and they will run into the Vaseline!

Me and my dad took some string and tied one end to the door handle and the other end to a chair, when my aunt opened her door she couldn't so we set a trap, a small round tube and a piece of string so we knew when she tried to open the door.

If you have a basement and someone is in it, turn off the lights and maybe gently scrape the walls and then close the door to the basement and go somewhere and act normal. It works great on siblings!!

Get fake dog toy ducks and make them all make the noise. The victim will have to be sleeping for this to work

Write in red, red rum (without a space) and put it in front of a mirror. It will say murder in the mirror.

What Other Visitors Have Said

Another Long List Of Pranks My Website Visitors Sent In Not rated yet
Put glue on the bottom of your sisters,brother,mom,dad or friend, then you put them on a flat slipery flooring (by your\their door) when they go to pick …

What Other Visitors Have Said

Another Long List Of Pranks My Website Visitors Sent In Not rated yet
Put glue on the bottom of your sisters,brother,mom,dad or friend, then you put them on a flat slipery flooring (by your\their door) when they go to pick …