School Pranks For In The Toilet

I'm assuming that you DO like to gross people out with your jokes. Yeah, me too.

Next time you go and visit the school toilet, take a bottle of passiona with you. Spill a bit on the seat and cistern, so that it looks like pee. Even tip a bit on the floor or on the sink. Hold the bottle upside down while you turn in a circle and leave a 'pee-trail', all the way outside.

Smear some chocolate pudding on the wall or write somebodies name on the inside of a cubicle door, with chocolate. Maybe stick the toilet paper in the bowl and use crunchy peanut butter to write a message to the janitor. Something like, 'NEED MORE PAPER' would do the trick.

...A bit on the seat, a little on the button, put a hand-print on the outside of the door, sort of 'smudging' it off to the side.

If someone wants to use a cubicle, try charging them a dollar for it. Sit down in the cubicle next to them. Now, this is what you say: 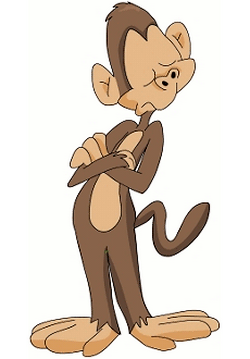 No. It Was Uncalled For.

YOU: "Hey, listen, I'll call you back, some guy in the next cubicle keeps answering all of my questions."

School Toilet Pranks Can Sometimes Get A Little Messy:

If you have an air-horn handy, give it a blast over the cubicle wall. Get your crunchy peanut butter out, again and roll it in your hands to make a big, fat sausage out of it. Wrap a square of toilet paper around it and roll it under the cubicle wall, at your toilet victim. Ask if he'd be so kind, as to chuck it back over to you.

If he says, "No" then stick your gross hands under the wall and try to steal his pants from around his ankles. You might as well even try for his shoes, I mean they're right there.

If he won't let you take them, the selfish little punk, start peeing under the cubicle at his legs or you could grab his legs and pass them to someone on the other side of his door. They can pull him straight forwards, which will hopefully leave a big, fat skid-mark up his back.

Well, he should be in a hurry to get the hell out of the toilet cubicle by now, so you will hear him any minute, "....GROSS!!" Haha, right on cue, he has found the toilet paper that you wiped your crunchy peanut butter on and rolled back onto the roll, in his stall.

Poke your head over the cubicle wall and reassure him that you didn't do that. That should regain all of his trust back in you. If you are chewing gum, place it at face-height, across the crack in the door, so it gets the unfortunate .

Throw your peanut butter sausage in the urinal and wash your hands with the last of the soap, before you put food coloring on the dispenser button.

Don't let the janitor see you do any of these pranks in the toilet because he'll smack you out in the parking lot, after school.